Episode Description
Roger loves a great barbecue sandwich and when the meat is cooked low and slow and kissed with just the right amount of smoke, he rolls up his sleeves and digs in. Roger heads to The Barbecue Exchange for two sinfully delicious sandwiches packed with pulled pork and bacon. Then it is off to Papa KayJoe's BBQ in Centerville, Tennessee where pork, pickles, slaw and hot sauce are sandwiched between crispy corn cakes. 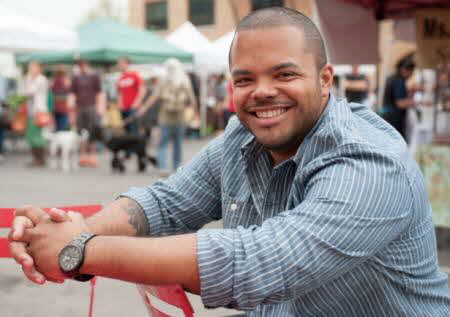 About Roger Mooking
Roger Mooking is the host and co-creator of his own internationally broadcast television series Everyday Exotic and host of Man Fire Food on Cooking Channel. He is the co-host of the hit show Heat Seekers on Food Network. To add to his growing plate, Roger's highly anticipated first cookbook Everyday Exotic: The Cookbook hit shelves in 2011. Additionally, Roger is a Juno award-winning recording artist whose album "Feedback" was released summer 2013. For Roger, music and the epicurean world are seamless. One feeds the body, the other the soul; it is all food in all its various forms.