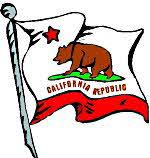 CABBAGE
California led the U.S. in cabbage production in 2005 with 466 million pounds.

There were 616 U.S. establishments that manufactured nonchocolate confectionary products in 2001. These establishments employed 26,400 people and shipped $7 billion worth of goods that year. California also led the nation in this category (with 75 establishments).

TOMATOES
California accounted for 95% of processed tomato production in 2009.