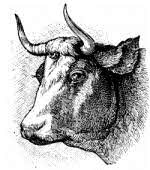 The world is projected to produce 58.625 million metric tons of beef in 2014.  If realized, this will be the most beef that the world has ever produced

Brazil is the world's largest producer of beef. (2010)

There are 9 people in the U.S. listed on whitepages.com with the last name 'Beef'
(Mark Morton, 'Gastronomica', Fall 2010)

The character of 'Uncle Sam' is modeled after Sam Wilson, a meatpacker from Troy, New York. During the War of 1812, the meat he shipped to the government was stamped 'U.S. Beef.' Soldiers began to call this beef Uncle Sam’s beef.

More beef is consumed on Memorial Day than any other day, with the 4th of July and Labor Day usually tieing for 2nd place. 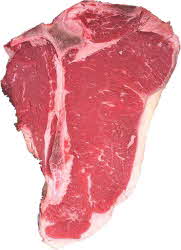 Top 10 list of beef entrees (excluding burgers) in the U.S.

In 2007, 97% of commercial restaurants served beef in one form or another.
National Cattlemen's Beef Association

Argentinians eat more beef than anyone else, about 140 pounds a year per person. (The U.S. average is about half that).

BEEF QUALITY GRADING
U.S.D.A. Beef Quality grades are determined by estimating the age of the animal, the amount of fat marbling (determined by looking at the ribeye at the 12th rib) and by the texture, color and appearance of the ribeye. U.S.D.A. quality grading is optional.

According to the National Cattleman's Beef Association only about 2% of all U.S. beef carcases submitted for grading are quality graded Prime.  Prime grade is the most tender, juicy and flavorful grade, and most Prime grade beef is sold to the restaurant industry.

About 44% of the beef submitted for quality grading is Choice grade (the next grade down from Prime), and this is what is usually available in retail markets.