Sift together two cups of sugar, four cups of flour, one tablespoon of cinnamon, half a teaspoonful of cloves, one teaspoonful and a half of baking powder, and add half a cup of citron, grated or chopped fine, the grated yellow rind of a lemon, and a liberal grating of nutmeg.

Mix to a dough with four large eggs, beaten slightly, without separating the whites and yolks.

With buttered hands shape the mixture into small balls about the size of a hickory nut, and bake on buttered tins, an inch apart.

The recipe makes about six dozen cakes, having the size and appearance of macaroons. 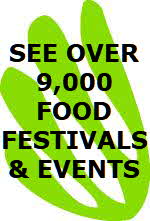