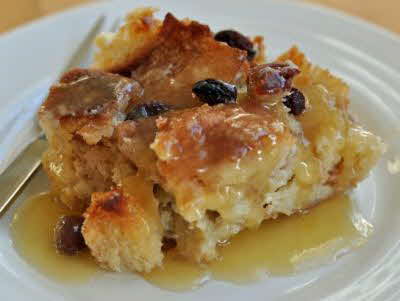 3. To prepare the sauce, combine milk and cornstarch in a small bowl. Combine 1/2 cup granulated sugar and butter in a medium saucepan over medium heat. Add the milk mixture, and bring to a boil. Cook mixture until thick (for about 4 minutes), stirring constantly. Remove from heat, and stir in the rum.

4. Spoon rum sauce over pudding when ready to eat.