Dear EarthTalk:
I heard that a number of beer brewing companies have banded together to support the Clean Water Act. Can you enlighten?
Mitch Jenkins, Cincinnati, OH

In April 2013 the non-profit Natural Resources Defense Council (NRDC) brought together two dozen nationally respected craft beer brewers to launch the Brewers for Clean Water Campaign, which aims to leverage the economic growth of the craft brewing sector into a powerful voice for bolstering clean water protection in the United States. 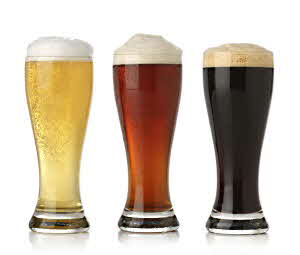 Brewers for Clean Water, aims to leverage the economic growth of the craft brewing sector into a powerful voice for clean water protection in the U.S.                     Credit: iStockPhoto

While hops, malt and the brewing process itself are also clearly important, water just may be the secret ingredient that gives a specific beer its distinctive flavor. “Beer is about 90 percent water, making local water supply quality and its characteristics, such as pH and mineral content, critical to beer brewing and the flavor of many classic brews,” reports NRDC. “For example, the unusually soft water of Pilsen, from the Czech Republic, helped create what is considered the original gold standard of pilsner beers. The clarity and hoppiness of England’s finest India Pale Ales, brewed since the 1700s in Burton-on-Trent, result from relatively high levels of calcium in local water.” Brewers can replicate the flavors of beers like these and others by sourcing freshwater with similar features or by starting with neutral water and adding minerals and salts accordingly to bring out certain desired characteristics.

Of course, clean water is essential to more than great-tasting beer. “It’s critical for public health and the health of a wide range of industries,” adds NRDC. “Now our streams, wetlands and water supply need our help. Without strong legal protections, they are under threat from pollution like sewage, agricultural waste, and oil spills.”

The popularity of craft brewers’ “microbrews” in recent years is another reason why NRDC has hitched its clean water wagon to the industry. “Craft brewers are closely tied to their communities with a very real understanding of the impacts bad policy can have on regional water sources,” reports the group. “While the participants in the campaign include brewing operations large and small, all have demonstrated a commitment to sustainability in their operations and beer development.”

By taking part in the campaign, New Belgium, Sierra Nevada, Allagash, Short's, Temperance, Arbor, DryHop, Finch's, Revolution, Flossmoor, Cranker’s, Wild Onion, Right Brain, Half Acre, Goose Island and other craft brewers are helping spread the word in a way that hits home with consumers. For its part, NRDC is urging beer lovers (and other concerned environmentalists) to use the form on its website to e-mail the White House encouraging President Obama to finalize guidelines recently created by the Army Corps of Engineers and the U.S. Environmental Protection Agency that call for greater protections for streams and wetlands in important headwaters regions from coast to coast. And consumers should be glad to know that for once drinking beer can actually be good for the environment. So bottoms up!