EarthTalk®
From the Editors of E/The Environmental Magazine

Dear EarthTalk: I see more and more organic wines on store shelves these days, but what options are out there today for organic beer?
-- Ken Strong, Wichita, KS (12/5/10)

Some 80 million Americans drink beer, yet organic beer represents still only a sliver of the $7 billion U.S. craft beer market. But this sliver is quickly turning into a slice: Between 2003 and 2009, according to the Organic Trade Association, U.S. organic beer sales more than quadrupled from $9 million to $41 million.

According to Seven Bridges Cooperative, which has been selling organic brewing ingredients for a decade already, organic beers tend to feature exceptional clarity and a clean, flavorful taste. “On a more technical side, organic malts on average have a lower protein content which produces a clear mash and less haze problems in the finished beer,” reports Seven Bridges. “Organic malts and hops have no chemical residues to interfere with fermentation to give the organic brewer a clean, unadulterated beer.” 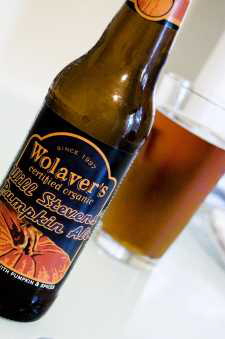 Seven Bridges mail you all the ingredients you need to brew your own organic beer at home, but most of us would rather just enjoy the finished product. Depending on where you live, you might have dozens of organic beer brands available in bottles and even on tap at your favorite watering hole.

One of the most visible is Fortuna, California-based Eel River Brewing Company, founded in 1996. Eel River has the distinction of being America’s first certified organic brewery. Their IPA, Pale Ale, Porter, Amber Ale, Blonde Ale, Old Ale and Imperial Stout are all crafted from organic hops from New Zealand and organic grains from the Pacific Northwest and Canada.

Not surprisingly, even the big boys are beginning to jump in. Anheuser-Busch is pushing its Stone Mill, Wild Hops and Green Valley organic beers. And Miller’s Henry Weinhard’s Organic Amber, on store shelves since 2007, is brewed with local ingredients by the Full Sail Brewery in Hood River, Oregon.

One way to sample dozens of organic beers at once is to attend the North American Organic Brewers Festival (NAOBF), held every June in Portland, Oregon. Whether you clue into organic beers at this event or just at your local pub you can't go wrong by spreading your eco-consciousness to your beer drinking.