Des Plaines, Illinois is home to Ray Kroc's first McDonald's restuarant (1955). He signed a franchise agreement with Dick and Mac McDonald, who had opened their restaurant in 1948 in San Bernardino, California.

Illinois is The Prairie State, The Corn State, Garden of the West, The Sucker State and the Land of Lincoln. 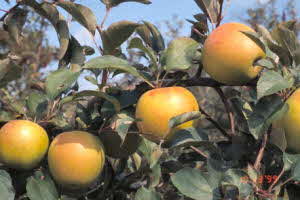 On August 21, 2007 the GoldRush apple (Malus xdomestica) was designated as the official Illinois state fruit. GoldRush is a sweet-tart yellow apple with a long shelf life

Popcorn was designated as Illinois' official state snack food in 2004.

There are 333 Illinois farms that grow popcorn on 47,000 acres, making Illinois the third largest grower of the product.

Nabisco produced 16 billion Oreo cookies in 1995 at its factory in Chicago, Illinois, the largest of its kind in the world.

The Bluegill (Lepomis macrochirus) is designated the official State fish of the State of Illinois (1986).

The White-Tailed Deer is the official state animal of Illinois (designated in 1982).