Bill worked in the English Prison service for 34 years.  He joined the service as an officer in 1969 and retired in 2003 as a Prison Governor, working his way up through the ranks. He retired on a full Civil Service pension at age 55, taking the advantage of early retirement through length of service.  During his service to the Crown, Bill obtained the Certificate and Diploma in Management Studies, became proficient in media studies and technical equipment and acted as press liaison officer at three major prison establishments.  He is a qualified photographer and was trained as an investigator by Scotland Yard. Since moving to Spain with his wife Sheila, who also worked as a prison officer for 7 years, he now devotes all his time to the study of food.  He compiles personalized cookery books for friends in the Valencia area, many of which help to raise funds for local charities.  Sheila is the baker and takes care of all the pastry and cake recipes, while bill is more of a technical buff, wanting to know how and why certain recipes work and others do not. Sheila's latest recipe is for an orange cake which uses Valencia oranges picked from her garden topped with an orange butter cream icing covered in segments of mandarins or tangerines also picked fresh from the garden.  The locals go wild for it. Spanish cakes are so different from English cakes. We think it is because of the high temperatures that we have in Spain.  The recipe will be a star attraction on the new website.

Bill has a personal library of over 1,200 food related books and manuals and hundreds of magazines and books in the Spanish language. His database contains thousands of recipes collected from around the world.  He is currently studying the history of Spanish Gastronomy through the ages of invasion by the Romans and the Moors.  How the Oranges and almonds were introduced into Spain and the effects it had on the peasant cooking of the time.  Modern Spanish cookery is as good as can be found in any part of the world. 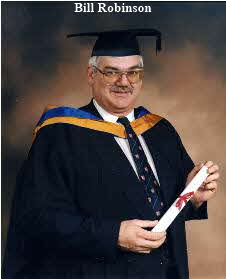 Please feel free to link to any pages of FoodReference.com from your website.
For permission to use any of this content please E-mail: [email protected]
All contents are copyright © 1990 - 2019 James T. Ehler and www.FoodReference.com unless otherwise noted.     All rights reserved.

You may copy and use portions of this website for non-commercial, personal use only.
Any other use of these materials without prior written authorization is not very nice and violates the copyright.
Please take the time to request permission.