Take 2 cups of molasses, 3 eggs, 1 cup of lard, 3 teaspoonfuls of soda, 2 tablespoonfuls of ginger and flour enough to roll. Flavor with vanilla.

Put into a bowl 1 cup of shortening (drippings and lard), 2 cups of New Orleans molasses, 2 tablespoonfuls of boiling water, and 2 teaspoonfuls of soda, stir until "bubbly.'' Then add 1/2 teaspoonful of salt, a tablespoonful of ginger, a teaspoonful of cinnamon, 1 beaten egg, and flour to roll as soft as possible. Cut out perfectly round and lift carefully with a broad-bladed knife into a floured dripping pan, being careful not to crowd them. Bake a rich brown in a moderately hot oven. When done, lift out carefully and lay on a smooth surface till cold.

Please feel free to link to any pages of FoodReference.com from your website.
For permission to use any of this content please E-mail: [email protected]
All contents are copyright © 1990 - 2015 James T. Ehler and www.FoodReference.com unless otherwise noted.
All rights reserved.
You may copy and use portions of this website for non-commercial, personal use only.
Any other use of these materials without prior written authorization is not very nice and violates the copyright.
Please take the time to request permission. 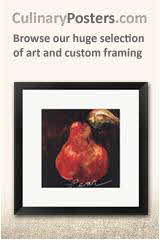